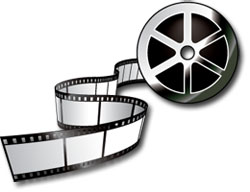 I've seen Waiting for "Superman" at least four times now. The first time was by myself. I sat there stunned. It was hard to fall asleep that night.

The second time was with a group of educators, both home school families and classical school teachers and administrators. They told me they felt encouraged in their vocations.

My third watching was with my wife, when she saw it for the first time. I think she is even more understanding of why I uprooted our family two and a half years ago and moved five more hours away distant from our families to accept a call to be the pastor of another congregation with a Classical Lutheran school. She said, "We have to show this to our families." She meant both the parents of the school where I am Headmaster and also our immediate family members back home. My mother is a retired Home Economics teacher. My sister is a high school English, Speech, and Drama teacher and is the Speech Team and Drama coach and the FCCLA adviser. My wife's sister is a stay-at-home mom, regular substitute teacher, and trained special ed teacher.


Not everyone got to see the documentary when we visited family on a recent family vacation. Reactions were very similar to mine and that of the other educators, and if possible, even more supportive. They understood because they were the good teachers that education reformers want to support and honor for the sake of the children. My sister experienced a national teacher union convention first-hand. She said she was the token white, conservative, straight, Christian, member of her political party in attendance. Now, she teaches at our old high school. Her predecessor in teaching her classes in her classroom was our favorite teacher. And she trusted my sister enough to leave all of her files and references in place.

Parents don't always have options. Many Wyoming parents homeschool. Our small city has a public school system with brand-new buildings, a Roman Catholic school, our Classical Lutheran school, and at least two failed Christian schools. WFS follows parents who have other public options.


From the Academy Award-winning Director of An Inconvenient Truth comes the groundbreaking feature film that provides an engaging and inspiring look at public education in the United States. Waiting For “Superman” has helped launch a movement to achieve a real and lasting change through the compelling stories of five unforgettable students such as Emily, a Silicon Valley eighth-grader who is afraid of being labeled as unfit for college and Francisco, a Bronx first-grader whose mom will do anything to give him a shot at a better life. Waiting For “Superman” will leave a lasting and powerful impression that you will want to share with your friends and family. (Product Description)

Five students. Five students give us a series of snapshots into something much larger: failing public schools. Let me restate that: schools that have failed kids.

One of the more interesting conversations I had one vacation was with a relative by marriage. She, too, is a regular substitute teacher. I began to describe this film to her, especially the jaw-dropping analysis from a person in the movie that our test scores would be up with Finland's if only we were able to get rid of the very worst teachers and replace them with an average teacher. WFS asserts that an average teacher covers about a year's worth of material over a school year. That's something I always took for granted. Bad teachers cover only half that. Good teachers can cover up to a year and a half's worth of material in one school year. You can see the gap that is produced, one that will only grow over time if a student has bad teachers year after year. Her response was very defensive with regard to so-called bad teachers. Her concern was more with the unmotivated students she saw day to day. I fear we were merely talking past one another. I can appreciate the frustration and passion of the filmmaker.


Video Introduction and invitation to host a screening party:

I was wary of WFS because it came from the director of Al Gore's An Inconvenient Truth, Davis Guggenheim. I should have realized that the message of this documentary would be seen and heard in more places because of that documentary of a rather popular (yet suspect) theory on the nature, cause, and extent of global warming.
Will educators be willing to listen to Geoffrey Canada, founder of the Harlem Children's Zone, who was disheartened as a child when his mother told him that Superman isn't real. His tears reflected not the end of a childhood belief in a blue-suited and caped flying Santa Claus, but the rather mature realization that no one was coming to rescue him and those in his neighborhood. He grew up to be a superman of sorts, providing a quality education as a way out of poverty and multi-generational challenges in Harlem.
If Canada is a superman, former  Washington, DC, school chancellor Michelle Rhee is a superwoman for her daring streamlining of the DC public schools, advocacy for reform, courageous action in the school administration headquarters, and innovative merit pay proposals. I hope that her ideas may find rich soil and deep roots elsewhere that will eventually lead to reform in DC and around the country.
Where will Anthony, Francisco, Bianca, Daisy, and Emily go to school? Who gets in? How can we have more public charter schools like KIPP, SEED, and high standards and commensurate rewards for good teachers?
On Great Teachers
I loved the animated sequences. Guggenheim uses them to tell complex and serious stories in an engaging and often humorous way.


At times I felt as if I were watching two movies, one about the adults and another following the students and their families. As it turns out, the companion book I purchased confirms that Guggenheim was actually working on two separate documentaries before cutting them both together. The combination works. I felt with the students and their families as they hoped beyond hope and shared their frustrations with paying tuition, finding work, begging for a return phone call from a teacher, and were wanting something more substantive than merely nice looking buildings and good athletic facilities. And then we heard the adults and administrators tell us how hard it is to fire a bad teacher, how good teachers are "the salt of the earth," and how union contracts and government resist reform. No wonder everyone is so frustrated.


Personally, I remain frustrated that good Classical and Lutheran schools like ours often struggle to grow. Perhaps we should advertise a lottery entrance process...

I need to show this film to members of our congregation and the parents (and prospective parents) of children in our school. I am pro-classical education, pro-Christian education, pro-Lutheran education, and pro-private education. But I am not anti-public education. Nor are those behind Waiting for "Superman". They realize that the system is broken and it isn't good for our children or our nation's future. How can we involve more parents and "disinvolve" bureaucracy? How can we cut the strings attached to federal and state monies that should have remained in the states and local communities in the first place?

Let's bring the success of public charter schools up to scale. Let's give parents freedom to choose the type of education they want for their children.


I would love to see another documentary on education from Davis Guggenheim. Perhaps he could highlight the classical models documented in the book by Veith and Kern (http://www.amazon.com/Classical-Education-Movement-Sweeping-Philanthropy/dp/189293406X). The public sector has an important role in American life. Perhaps the private sector's input should not merely be limited to the economy. I pray for so many good schools that lotteries become a thing of the past. Just like failing schools.

The Rev. Paul J Cain is Pastor of Immanuel Lutheran Church, Sheridan, Wyoming, Headmaster of Martin Luther Grammar School, a member of the Board of Directors of The Consortium for Classical and Lutheran Education, Wyoming District Worship Chairman, and Editor of QBR.
Posted by revpaulcain at 9:45 AM