A Noted Review: More Music for the Road 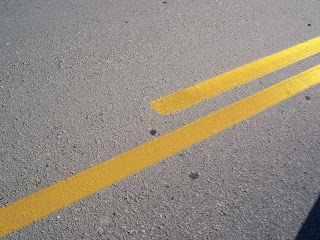 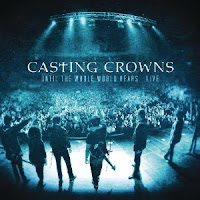 It has been some time since I attended a Christian concert. I've heard Lost and Found, Amy Grant, Steven Curtis Chapman, Third Day, and others. I love seeing the unhidden musicianship of a live concert and a band that thrives on audience participation.
This CD/DVD concert set  features the eight strongest songs from their original Until the Whole World Hears released, previously reviewed by QBR (http://lhpqbr.blogspot.com/2010/03/hymnody-review-music-for-road-trip.html).
These songs sound like sermons.
Note the teaching break between 4 and 5 and another between 7 and 8. This is  "not just a concert." While I appreciated a focus on repentance, our concern about the latent "decision theology" of "At Your Feet" appears justified, as it now appears ias the last song of this concernt DVD in the "Altar Call" spot.
Much CCM simply assumes that one becomes a Christian by that person's decision. What then do we do with John 15:16? Be sure to re-read Joshua 24:14ff in its entirety to see that the people could only choose to reject God by choosing one set of pagan gods over another. Seeing the human will has healthy and active is actually medieval Roman Catholic teaching. Reject Erasmus' Freedom of the Will and read Luther's Bondage of the Will to see what I mean. It could inspire a really great album! 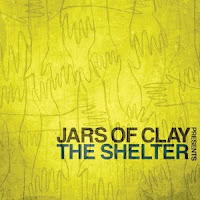 Jars of Clay is one of the bands I have listened to from its very beginning. I miss the old acoustic days of the self-titled album. Then their sound changed and has remained largely consistent since.  The Shelter is their latest release. I sense a shift to more "social gospel" themes than more Law & Gospel proclamation. That makes me uncomfortable.
The album features notable guest artists like Amy Grant, Brandon Heath, and a "community of artists." "These songs celebrate the fullness of a life poured out as a part of the community of God and illuminated our great privilege as the means through which God loves his people. 'It is in the shelter of each other the people live.'" (plasticwrap ad)
True, but what about the means of grace? What of the shelter of the Church? Why not tie into the shelter of a stable that substituted as a hospital on Christmas? Perhaps we're just having creative differences. I would recommend another hymn album. How about the the hymn "Jesus, Thy Boundless Love to Me" sung to the tune RYBURN... 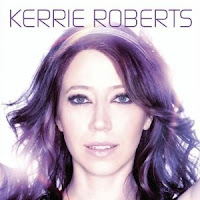 Kerrie Roberts' self-titled debut is a fantastic example of the "sound-alike" phenomenon in CCM.
She sounds like Kelly Clarkson without the attitude and the "never again" guy (See her album #3 for the reference). In fact, her vocals are better. Her worldview is far superior. She wrote or co-wrote every song on the album. Kudos. Again, her writing strength is better than Clarkson's.
At the end of the day, this is still pop music. Yes, pop from a Christian standpoint, but still pop. I didn't take any away that will endure for centuries. I am always hopeful that a strong beginning will lead to maturity, as we saw with the modern hymns of one Stuart Townend. 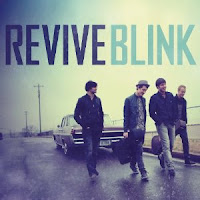 Blink is hard to miss. That the band Revive shares a label with Jars of Clay is no coincidence. They are a sound-alike to a Christian band. In some ways, I prefer the sound of Revive to that of Jars. It sounds in some ways like a revived Jars.
I found similar lyrical issues throughout many of the songs on the albums reviewed here. A Christian would/could listen and understand the words in the context of their Christian background. A non-Christian may simply like the music. The words may or may not connect. They may remain vague or unclear apart from the clarity of the Word and use of the names "Lord," "Christ," "Jesus," et al. The referent is missing. 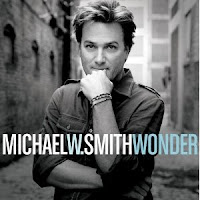 Michael W. Smith is one of the long-time veterans of CCM. He has recently released worship albums that both went platinum. I hope and pray that his experience on those projects would spill over to his future ones. I admit, I was disappointed by Wonder.
Yes, he shows the personal side of struggling to live faithfully as a Christian in a fallen world, yet the songs fall short. To put it in 80's/90's parlance, they are "Jesus or my girlfriend" songs. Again, the referent is missing. Dear brother, confess the name of our Savior who takes your breath away, He who ran to you before you ran to Him. If you wish to "raise the bar," lift high the cross without apology or euphemism. 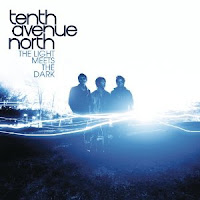 Tenth Avenue North is another sound-alike band, one with vocals reminding me of Jars of Clay, but again, excelling beyond the "original" in that regard.
I appreciate the Luther reference in the band's liner notes. They know and clearly confess the Gospel. I would love to have it more explicitly confessed and sung on their next album. This one was pleasant, but the language for God was vague.
Keep up the musicianship! 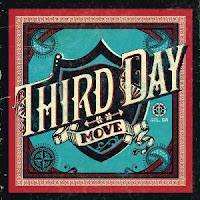 Third Day has a masculine, confident, "southern-fried" sound.
I must give them kudos for using God's name, calling upon Jesus in prayer and praise.
This southern rock sound plays well in a car waking one up on a road trip. It is encouraging, confesses a Christian worldview, and may well serve as a godly sound-alike alternative to a band like Nickelback.
The concern, then, is that by liking this, one will then "graduate" to secular pop rock. 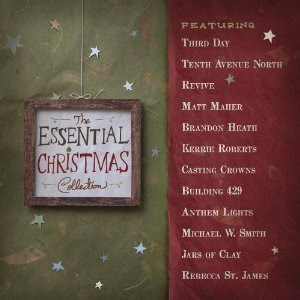 Christmas is a season filled with song. Christmas albums are a dime a dozen. What makes The Essential Christmas Collection different? It is sung by the artists mentioned elsewhere in this review.
See what I mean? Twelve tracks. I loved the hymns. Two songs are new (5 and 10). I rather enjoyed them. They would work well for soloist or choir. Brandon Heath and Michael W. Smith should be commended. One of the ten hymns has a creative new refrain (4) thanks to Matt Maher. I applaud their creativity.
And I like the creative balance struck by the compiler of the album. No, I wouldn't use the same instrumentation for our Christmas Eve service, but I like the balance of old to new, 10:2. If only most Christian worship services or Christian music albums followed the same pattern.
"Why so much old stuff on Christmas?" I've never heard that criticism. I love being part of a church body and congregation that cherishes the old and uses it alongside the best of the new. It acknowledges the worth of the song of the saints of old. It's like Christmas (and Easter) every Sunday!
Are these songs intended to encourage Christians, entertain Christians, or lead Christians in worship? Depending upon their purpose, they may or may not do all or none of the above. I have high standards for worship music. It must be true. It must be Biblical. It must communicate well. It should be singable. And it should well wear over time so that saints can sing it for all time.
I am sure that much of this kind of song will find its way into Christian sanctuaries, but only a few (mostly from the Christmas CD) will be heard at our congregation.
Sometimes context is everything. Some music is more appropriate for the car CD player (or concert stage) than the sanctuary.
The Rev. Paul J Cain is Pastor of Immanuel Lutheran Church, Sheridan, Wyoming, Headmaster of Martin Luther Grammar School, a member of the Board of Directors of The Consortium for Classical and Lutheran Education, Wyoming District Worship Chairman, and Editor of QBR.
Posted by revpaulcain at 2:23 PM